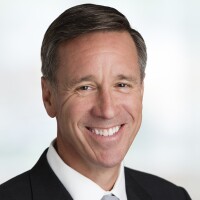 Arne M. Sorenson was President and Chief Executive Officer of Marriott International, Inc., from 2012 until his passing in February 2021. In his role, he presided over the world’s largest hospitality company and some of the most iconic brands in travel. Mr. Sorenson built his tenure on the bedrock of Marriott International’s core values: putting people first, pursuing excellence, acting with integrity, embracing change and serving our world.

Mr. Sorenson led the acquisition of Starwood Hotels & Resorts Worldwide in 2016, resulting in a dramatic expansion of Marriott’s ability to provide unparalleled guest experiences around the world. The company now has more than 7,600 properties across 133 countries and territories and 30 brands. The merger also created the travel industry’s largest customer-loyalty program, Marriott Bonvoy, which has more than 147 million members.

Under his tenure, Marriott International was recognized extensively, including by Fortune in 2020 as one of the World’s Most Admired Companies and DiversityInc as one of the Top 50 Companies for Diversity. In 2019, Mr. Sorenson was named CEO of the Year by Chief Executive magazine and was placed on Forbes’ list of America’s Most Innovative Leaders and Barron’s list of World’s Best CEOs.

Mr. Sorenson was a graduate of Luther College in Decorah, Iowa, and the University of Minnesota Law School. Before he joined Marriott, he was a partner with the law firm Latham & Watkins in Washington, D.C. He and his wife Ruth lived in the Washington, D.C., area, where they raised four children.