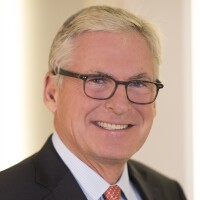 Chairman of the Board, First Industrial Realty Trust, Inc.

Mr. Duncan has been Chairman of the Board of First Industrial Realty Trust, Inc., a real estate investment trust that engages in the ownership, management, acquisition, sale, development and redevelopment of industrial real estate properties, since November 2016. Prior to that, he was President and Chief Executive Officer of that company from January 2009. From April to September 2007, Mr. Duncan served as Chief Executive Officer of Starwood on an interim basis. He became a senior advisor to Kohlberg Kravis & Roberts & Co. (“KKR”), a global investment firm, in November 2018, and also was a senior advisor to KKR from July 2008 to January 2009. He was also a private investor from January 2006 to January 2009. From May 2005 to December 2005, Mr. Duncan was Chief Executive Officer and Trustee of Equity Residential (“EQR”), a publicly traded real estate investment trust, and held various positions at EQR from March 2002 to December 2005, including President, Chief Executive Officer and Trustee from January 2003 to May 2005, and President and Trustee from March 2002 to December 2002. Mr. Duncan also serves on the board of directors of Boston Properties, Inc. and T. Rowe Price Mutual Funds. Mr. Duncan has been a director of the Company since September 2016 and previously served on the Starwood board of directors from 1999 to September 2016.