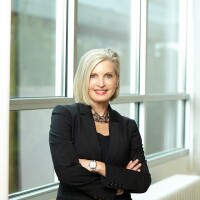 Carla J. Murray, is President, US Full Service Western Region for Marriott International. As President, she leads the teams responsible for 170 properties in the Western United States. She was promoted to the position of President following her roles as Chief Operations Officer and Senior Vice President Operations, Western Region for both Marriott and Starwood Hotels and Resorts. These positions were preceded by a series of regional positions between 2002 and 2016 as well as General Manager positions from 1998 to 2002 at the Sheraton Boston, St. Regis Aspen, the Westin Seattle and the Sheraton Grand Seattle.

Murray’s responsibilities include delivering full P&L accountability for $9.1B in sales. The geography spans from the Midwest U.S. to French Polynesia. She supports customer efforts by delivering a superior customer experience enabled by technology and enhanced by loyalty. Sourcing, developing and leading 10,000 world class associates in the dynamic world of hospitality is a key focus for her as she leads the enterprise.

In addition to her hospitality responsibilities, Murray has been deeply involved in positions in each of the communities where she has lived. In Seattle, she is the former Chair of the Downtown Seattle Association and past committee member of the Governance Committee; past Chair of the Visit Seattle Board of Directors and currently serves on the Executive Board of Directors as well as the Compensation Committee. She has also served on Fred Hutchinson Cancer Research Center’s President’s Affiliate Council and Gala Board of Trustees, as well as the Seattle Hotel Association’s “Evening of Hope” Board of Trustees. She serves on the Washington Hospitality Association’s Governmental Affairs’ committee.