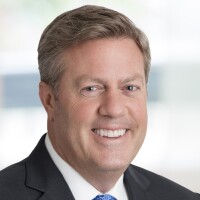 Craig Smith is Group President, Asia Pacific for Marriott International. He is responsible for the strategic leadership of all operational and development functions spanning 24 countries and territories and 23 brands. He oversees more than 780 open hotels and 135,000 people.

As a son of an American diplomat, Craig has lived in 13 countries, working in North America, the Caribbean, Latin America, Asia-Pacific, and Australia. He is fluent in Spanish and conversant in Portuguese.