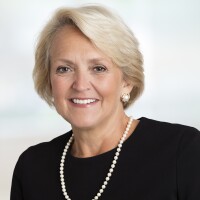 Ms. Harrison currently serves as the Global Cultural Ambassador Emeritus. She formerly served as the Company’s Global Officer, Marriott Culture and Business Councils from October 2013 to May 2019, Senior Vice President of Government Affairs for the Company from June 2007 through October 2013 and as Vice President of Government Affairs from May 2006 to June 2007.

Ms. Harrison is an honors graduate of Brigham Young University and has held several positions within the Company since 1975, including accounting positions at Marriott Headquarters and operations positions at Key Bridge and Dallas Marriott hotels. She has been actively involved in serving the community through participation on various committees and boards including, but not limited to, the Mayo Clinic Leadership Council for the District of Columbia and the boards of the Bullis School, the D.C. College Access Program, and the J. Willard and Alice S. Marriott Foundation. She has also served on the boards of several mental health organizations, including The National Institute of Mental Health Advisory Board, Depression and Related Affective Disorders Association, and the Center for the Advancement of Children’s Mental Health in association with Columbia University. Ms. Harrison also served as a member of the board of directors of Marriott Vacations Worldwide Corporation from 2011 to 2013. Ms. Harrison has been a director of Marriott International since 2014.

As the daughter of the Executive Chairman and the granddaughter of Marriott International’s founders, Ms. Harrison brings to our Board and our Committee for Excellence an extensive knowledge of the Company, its history, its culture and its mission. Ms. Harrison’s enthusiasm, judgment and deep experience with our Company and our culture provides the Board valuable insight and strategic focus.