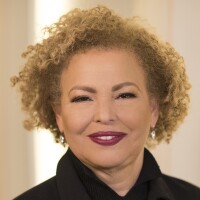 Debra L. Lee is the Former Chairman and Chief Executive Officer of BET Networks, a media and entertainment subsidiary of Viacom, Inc. that owns and operates BET Networks and several other ventures.

She joined BET in 1986 and served in a number of executive posts before ascending to Chairman and Chief Executive Officer in January 2006, including President and Chief Executive Officer from June 2005, President and Chief Operating Officer from 1995 to May 2005, Executive Vice President and General Counsel, and Vice President and General Counsel. Prior to joining BET, Ms. Lee was an attorney with the Washington, D.C.-based law firm Steptoe & Johnson. She serves on the board of directors of WGL Holdings, Inc. She also was a director of Eastman Kodak Company from 1999 to May 2011, and Revlon, Inc. from 2006 to 2015. She also serves on the board of a number of professional and civic organizations including as Immediate Past Chair of the Advertising Council, as the President of the Alvin Ailey Dance Theater, and as a Trustee Emeritus at Brown University. Ms. Lee has been a director of the Company since 2004.