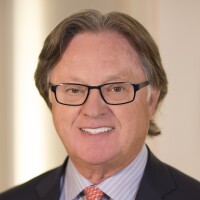 Mr. Hippeau has been Managing Partner with Lerer Hippeau, a venture capital fund, since June 2011. From 2009 to 2011, he was the Chief Executive Officer of The Huffington Post, a news website. From 2000 to 2009, he was a Managing Partner of Softbank Capital, a technology venture capital firm. Mr. Hippeau served as Chairman and Chief Executive Officer of Ziff-Davis Inc., an integrated media and marketing company, from 1993 to March 2000 and held various other positions with Ziff-Davis from 1989 to 1993. Mr. Hippeau served on the board of directors of The Huffington Post from 2006 to 2011 and Yahoo! Inc. from 1996 to 2011. Mr. Hippeau has been a director of the Company since September 2016 and previously served on the Starwood board of directors from 1999 to September 2016. .

As the Managing Partner of Lerer Hippeau, Mr. Hippeau brings to the Board and our Compensation Policy Committee extensive investment and venture capital expertise. In addition, Mr. Hippeau has significant governance experience as a director, a strong background in technology and modern media and a deep understanding of the hospitality industry as the result of his tenure with Starwood.