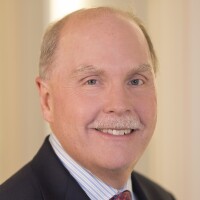 He previously served as a Senior Vice President of Sunoco, Inc., a petroleum refiner and chemicals manufacturer with interests in logistics, from September 2010 until the completion of SunCoke Energy, Inc.’s initial public offering and separation from Sunoco in July 2011. Prior to Sunoco/SunCoke, Mr. Henderson served as President and CEO of General Motors Corporation (“GM”) from March 2009 until December 2009. He held a number of other senior management positions during his more than 25 years with GM, including President and Chief Operating Officer from March 2008 until March 2009, Vice Chairman and Chief Financial Officer, Chairman of GM Europe, President of GM Asia Pacific and President of GM Latin America, Africa and Middle East, and served as a consultant for GM from February 2010 to September 2010 before joining Sunoco. Mr. Henderson also served as a consultant for AlixPartners LLC, a business consulting firm, from March 2010 until August 2010. He is a Trustee of the Alfred P. Sloan Foundation and previously served on the board of directors of Compuware Corporation from April 2011 to December 2014. He has been a director of the Company since May 2013.