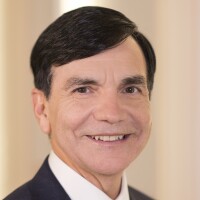 George Muñoz has been a principal in the Washington, D.C.-based investment banking firm Muñoz Investment Banking Group, LLC since 2001.

He has also been a partner in the Chicago-based law firm Tobin, Petkus & Muñoz LLC (now Tobin & Muñoz) since 2002. He served as President and Chief Executive Officer of Overseas Private Investment Corporation from 1997 to January 2001. Muñoz was Chief Financial Officer and Assistant Secretary of the U.S. Treasury Department from 1993 until 1997. Muñoz is a certified public accountant and an attorney. He is a director of Altria Group, Inc. and Anixter International, Inc. He also serves on the board of trustees of the National Geographic Society. Muñoz has been a director of the Company since 2002.