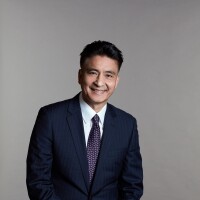 Henry Lee joined Marriott International in 1997 and had worked as General Manager of China Hotel in Guangzhou between 1997 and 2000. He also worked in JW Marriott Hotel Hong Kong as Hotel Manager in 2000.

In 2001, Henry became Area Director of Operations for China, Vietnam and the Philippines.

In 2003, Henry was promoted again to the capacity of Vice President, China, and Vice President of Operations for China, Vietnam, the Philippines and Malaysia. He oversaw all hotel operations in those countries.

Between 2007 and 2011, Henry became Area Vice President, China, and took charge of all hotels in the country. He was promoted to Chief Operations Officer and Managing Director, Greater China in 2011, a capacity he held till September 2019. At present, he is President, Greater China, and, is responsible for direct oversight of opening and operating hotels for all brands across Greater China. Henry is a member of the Marriott Asia Pacific Continent leadership team.