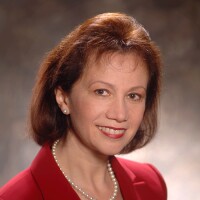 Ms. Goren served as Chief Financial Officer of American Airlines, Inc. and its parent company, AMR Corporation, from 2010 through 2013. Her multifaceted career in the travel business spans 27 years and includes both corporate and operational roles, leading to her becoming a member of American’s Executive Committee starting in 2006. Prior to being named CFO, she led the Customer Relationship Marketing organization, from 2003 to 2010, generating increased revenues through enhanced customer service, implementation of personalized marketing and deployment of customer data analytics. Her responsibilities included American’s call center operations, its website AA.com, and the AAdvantage® loyalty program. Ms. Goren joined the Company as a financial analyst, and held managerial positions in human resources and revenue management, before becoming the Director of Investor Relations. Her roles also included being President of AMR Services, a subsidiary of AMR Corporation, which had operations worldwide. Upon the sale of that business, Ms. Goren assumed the responsibility for American’s Customer Services Planning functions, with her role later expanded to include the Asia Pacific Division. Prior to earning her MBA, Ms. Goren was a chemical engineer at DuPont. She serves on the board of directors of MassMutual Financial Group, and previously served on the board of directors of Gap Inc. and LyondellBasell Industries. She is also active in community and professional organizations, including serving on the board of directors of NACD of North Texas.