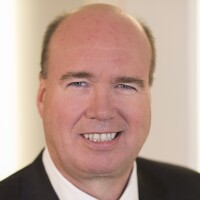 Lawrence W. Kellner has been President of Emerald Creek Group LLC, a private equity firm, since January 2010. He served as Chairman and Chief Executive Officer of Continental Airlines, Inc., an international airline company, from December 2004 through December 2009.

He served as President and Chief Operating Officer of Continental Airlines from March 2003 to December 2004, as President from May 2001 to March 2003 and was a member of Continental Airlines’ board of directors from May 2001 to December 2009. Kellner serves as non-executive Chairman of the Board of Directors of the Sabre Corporation and serves on the board of directors for The Boeing Company and Chubb Limited. He also served on the Board of Directors of the Chubb Corporation from 2011 to January 2016 (when the Chubb Corporation was acquired by ACE Limited and changed its name to Chubb Limited). He is active in numerous community and civic organizations. Kellner has been a director of the Company since 2002.