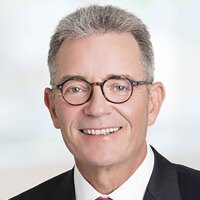 Mr. Brown began his career with Marriott International in 1989. He served in multiple General Manager and regional positions across Marriott’s brand portfolio from 1989 until 1999. From 1999 to 2007, he held several corporate positions including, VP of Franchising for Residence Inn and TownePlace Suites, and SVP for the Fairfield Inn brand. From 2007 to 2010, Mr. Brown held the positions of SVP and EVP of Development for Marriott’s Select Service & Extended Stay lodging products. From 2010 to 2012, Mr. Brown served as Chief Operations Officer, The Americas for Select Service & Extended Stay Lodging and Owner & Franchise Services followed by his appointment as President for Franchising, Owner Services and MxM Select Brands, North America, which he held until the end of 2018. In January 2019, Liam moved to London to serve as President & Managing Director, Europe; soon after, the Middle East and Africa were added to his responsibilities.

Educated primarily in his hometown of Dublin, Ireland, Mr. Brown has a Hotel Diploma Business Degree from the Dublin Institute of Technology, Trinity College (1980 – 1984). In 2005, he completed his MBA from the Robert H. Smith School of Management at the University of Maryland.

Mr. Brown currently resides in Bethesda, with his wife Lillian and daughter Ciara.