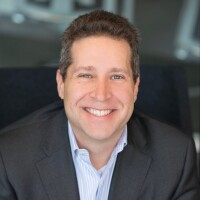 Noah Silverman is Global Development Officer, US & Canada for Marriott International, Inc. He is responsible for the development of all Marriott brands in the United States and Canada.

Prior to joining Marriott, Mr. Silverman was an associate with the law firm of Covington & Burling in Washington, D.C. He holds an A.B. from Princeton University and a J.D. from the University of Pennsylvania Law School.