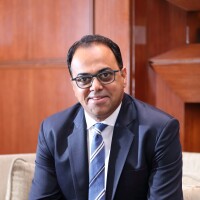 Rajeev Menon is the President for Marriott International Inc., for Asia Pacific excluding Greater China (APEC). Mr. Menon is a key member of the continent’s senior leadership team and functions as the operational leader for the region. He is responsible for the business performance, helps drive key initiatives and ensures implementation of brand and discipline programs. Across APEC, he oversees more than 410 operating hotels & resorts under 21 unique brands.

Prior to being promoted to President in October 2019, Mr. Menon served as the Chief Operating Officer (COO) for APEC from March 2015 through September 2019. Under his leadership, Marriott has been recognized as one of the top performing International hotel companies in APEC and has received numerous awards, including the best employer award for several years. From Aug 2007 till Feb 2015, Mr. Menon was Area Vice President for South Asia, as well as Pakistan, Malaysia and Australia during various periods of his assignment. Mr. Menon joined Marriott International in April 2001 as the General Manager of Renaissance Mumbai Hotel and Convention Center and Marriott Executive Apartments, Mumbai. In 2004, he moved to Sydney, Australia where he served as the General Manager of Sydney Harbour Marriott and Country General Manager for Australia.

Mr. Menon has been recognized over the years through numerous awards including Young General Manager of the Year in 2003 by the Indian Hotel and Restaurant Association, GM of the Year by Marriott International and Hall of Fame Award in 2017 for his contribution to the hotel industry in India.

Mr. Menon completed his education including Hotel Management in New Delhi and is also a 2018 graduate of the Advance Management Program (AMP Class 194) from Harvard Business School.

Originally from India, and relocated to Australia in early 1992, Mr. Menon and his family are currently based out of Singapore.