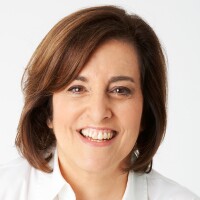 Rena Hozore Reiss assumed the role of Executive Vice President and General Counsel for Marriott International when she rejoined the Company in 2017, and is a senior executive officer of the company.

Before starting in hospitality with Marriott, Ms. Reiss was a partner at Counts & Kanne, Chartered in Washington, D.C. She also spent two years as an Associate General Counsel for the Miami Herald Publishing Company and three years just out of law school at the law firm of Thomson Muraro Razook & Hart in Miami.

Ms. Reiss received her undergraduate degree from Princeton University and her law degree from Harvard Law School. She is active in the legal community as a frequent speaker. Ms. Reiss sits on the Georgetown University Hospitality Law Advisory Board and the Board of Trustees of the Legal Aid Society of the District of Columbia. She was named a 2017 “Transformative Leader” by Inside Counsel.