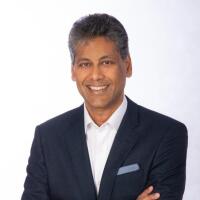 Satya Anand was appointed President for Europe, Middle East & Africa in October 2020 and is accountable for developing and managing Marriott's hotel portfolio in Europe, the Middle East and Africa, which comprises of 25 brands in 75 countries and territories.

Mr. Anand began his career with Marriott International in 1988 and most recently served as Chief Operations Officer, Luxury & Southern Europe and Global Design EMEA from July 2016, where he was responsible for the overall operations of the luxury portfolio in Europe and the complete portfolio of brands in Southern Europe as well as leading the Global Design team. Prior to this, Mr. Anand was Europe’s Chief Financial Officer for four years and held Area Vice President roles for Western and Central Europe respectively as well as various Cluster General Manager, operations and finance positions both on and above property.

Educated primarily in Bangalore, Mr. Anand holds a bachelor’s degree in Accounting from Bangalore’s MES College of Commerce (1982-1985) and in 1988 completed his Diploma in Hotel and Tourism Management from the Institute of Tourism & Hotel Management in Semmering, Austria.

Mr. Anand currently resides in London and Vienna with his wife Lisa and daughter Savita.