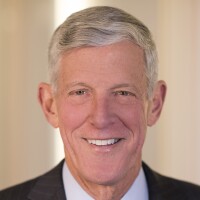 As a result of his background as Chairman and CEO of PepsiCo, a Fortune 500 company, Mr. Reinemund brings to the Board, our Compensation Policy Committee, which he chairs, our Executive Committee, and our Nominating and Corporate Governance Committee demonstrated leadership capability and extensive knowledge of complex financial and operational issues facing large branded companies, as well as extensive management and corporate governance experience gained from that role and from membership on the boards of other public companies.