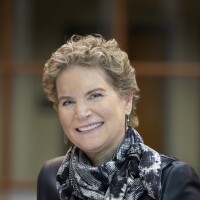 Ambassador Schwab is a Professor Emerita at the University of Maryland School of Public Policy where she teaches international trade and has been a Professor since January 2009. She has also been a strategic advisor to Mayer Brown LLP (a global law firm) since March 2010. She served as the U.S. Trade Representative from June 2006 to January 2009 and as Deputy U.S. Trade Representative from October 2005 to June 2006. Prior to her service as Deputy U.S. Trade Representative, Ambassador Schwab served as President and Chief Executive Officer of the University System of Maryland Foundation from June 2004 to October 2005, as a consultant for the U.S. Department of Treasury from July 2003 to December 2003, and as Dean of the University of Maryland School of Public Policy from July 1995 to July 2003. Ambassador Schwab serves on the board of directors of Caterpillar Inc. and FedEx Corporation. She previously served on the board of The Boeing Company until her retirement in April 2021. She also serves as Board Chair of the National Foreign Trade Council (NFTC), as Vice Chair and Trustee of The Conference Board, as a member of the board of the Business Council for International Understanding (BCIU), and as a member of the Governing Board of the Lee Kuan Yew School of Public Policy in Singapore.

Ambassador Schwab brings unique global and governmental perspectives to the Board’s deliberations. Her extensive experience leading large international trade negotiations positions her well to advise her fellow directors and our senior management on a wide range of key global issues facing the Company. Ambassador Schwab’s experience in the U.S. Government also allows her to advise the Company on the many challenges and opportunities that relate to government relations. As a result of Ambassador Schwab’s prior business experience and current service on other Fortune 100 corporate boards, she brings expertise to the Board, our Human Resources and Compensation Committee, and our Technology and Information Security Oversight Committee on a wide range of strategic, operational, corporate governance and compensation matters.