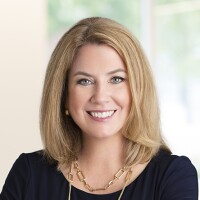 Prior to her role at AOL, Ms. Primrose was an Executive Vice President at Robinson Lerer & Montgomery, a leading corporate and financial communications firm. Earlier in her career, Ms. Primrose held leadership positions with the Democratic Congressional Campaign Committee and served as Communications Director for U.S. Senator Richard Shelby.

In 2015, Premiere Traveler named Ms. Primrose one of the Most Compelling Women in Travel. Ms. Primrose is a member of Condé Nast Traveler’s Women Who Travel advisory board as well as a member of the American Hotel & Lodging Educational Foundation’s Board of Trustees.

Ms. Primrose is a graduate of Georgetown University. She lives in the Washington, D.C. area with her husband and daughter.