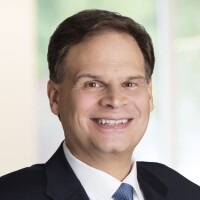 David A. Rodriguez assumed the role of executive vice president and global chief human resources officer for Marriott International in 2006. Dr. Rodriguez was appointed a corporate officer in 2000, and in 2004, to the board of directors’ Committee for Excellence that focuses on advancing employee wellbeing and inclusion in the company.

Dr. Rodriguez graduated from New York University in 1980 with a bachelor of arts and in 1987 with a Ph.D. in industrial/organizational psychology. He is on the Board of Directors for Human Resources Policy Association and the Board of Governors for the Health Transformation Alliance, is a vice chair of the American Health Policy Institute and a member of the HR People + Strategy Executive Advisory Council.

Dr. Rodriguez was inducted as a Fellow of the National Academy of Human Resources in 2014.